6 Reasons Why Every Folkstyle Wrestler Should Wrestle Freestyle 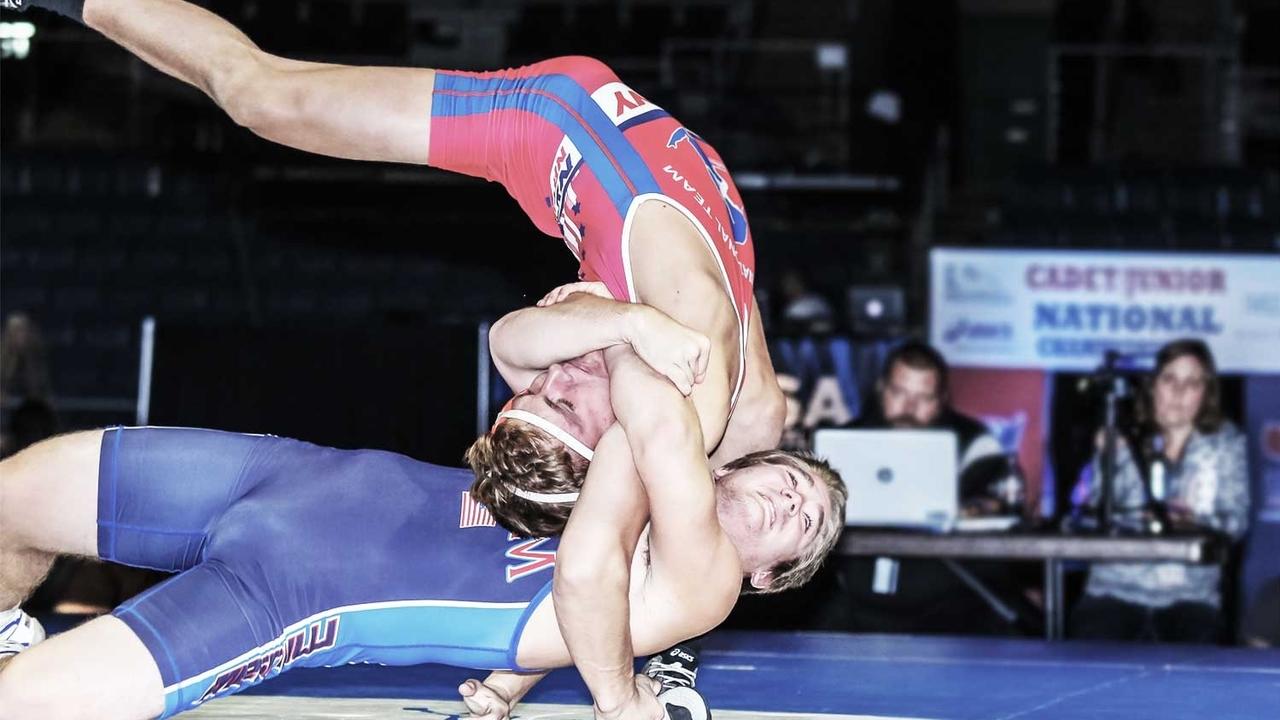 Every time spring rolls around, I am shocked by the number of wrestlers who either don’t wrestle at all in the off season or continue to only train folkstyle If that’s you, you are missing out on one of the greatest opportunities to improve exponentially in the spring and summer months. Some will argue that training freestyle or greco is some kind of “distraction” or that specializing in folkstyle is the only way to be the best at folkstyle. I beg to differ. I have learned from experience, and from observing some of the greatest high school and college wrestlers that training and competing in freestyle is one of the most effective ways to become a better, more well-rounded wrestler in the off-season. It’s no secret, just take a look at the kids who go to freestyle tournaments, and then look at who’s on the podium at state. There is always a direct correlation. Below are six of the many ways that freestyle wrestling can take your game to the next level.

1. Focused on action, rather than control

Wait, don’t you want action in all styles of wrestling? Isn’t that the whole point? Yes, and yes. However, the rules and scoring system for freestyle are based around putting your opponent in danger, regardless of control. In folkstyle, you can’t score back points until you have scored a takedown and, even then, you have to hold your opponent for a few seconds before the ref will award near-fall points. In freestyle wrestling, you can score back points by exposing your opponent’s back from top, bottom, or neutral, as long as you are the one who initiates the action.

Many new freestyle wrestlers may also be surprised when they are asked to stand up after being taken down and there is no action for 15 seconds. What’s up with that? Well, there are no escape points in freestyle, and no riding time points either, like you’d see in college wrestling. Again, it’s all about action. The referee will generally blow the whistle and put both wrestlers back on their feet in 15 seconds or less if there is no scoring.

Learning this mindset of continuous action and constantly looking to score can be highly beneficial for competing in any style of wrestling. Competing in freestyle can help you build a habit of putting your opponent on their back more often, creating scrambles, and ultimately finding more opportunities to score!

As mentioned earlier, you don’t need a takedown to score points in freestyle. That means if you shoot single leg, your opponent stops your momentum, and then flips you to your back (even for a split second), you just gave up two points. And as long as you keep hanging on to that leg, they can do that over and over until the referee calls a tech-fall. This actually happens quite often, and it’s usually the area that new freestyle wrestlers struggle with the most in transitioning from high school or college style wrestling. This difference in scoring opens up a whole new set of defense and counter-wrestling that isn’t obvious to a folkstyle-only wrestler. This can give you a huge advantage and improve your confidence on defense immensely.

The flipside of all this is that you will gain a better sense of where the “danger zones” are when taking a shot. If you wrestle enough freestyle matches, you’ll soon have a very good idea of all the ways that someone might try to bait you and flip you on your back when you take a bad shot. This newfound awareness can greatly improve your timing and positioning, and help you develop more crisp and efficient takedown finishes.

3. Teaches mat awareness and wrestling in the center

All styles of wrestling have a way of encouraging wrestlers to stay in the center and work to score points. If one Wrestler A is creating all of the takedown attempts and Wrestler B is either backing up or not reciprocating, Wrestler B will get hit with a stalling or passivity call. However, freestyle (and
Greco) wrestling take this a step further with the ‘pushout’ rule. Anytime Wrestler A causes Wrestler B to step out of bounds, Wrestler A gets a point. Think sumo wrestling. Naturally, you’ll likely work a lot harder to stay in bounds and away from the edge when you know you can lose a point every time your foot crosses the line. Likewise, you may be more motivated to learn how to keep your opponent’s back facing out, and how to circle back in when you’re close to the edge. There are some great drills for this that we’ll cover in a later article.

One of the most fun aspects of freestyle wrestling is that the rules truly reward continuous wrestling and linking a series of moves together. Unlike folkstyle, there is no limit to how many times you can use the same move consecutively to score back exposure points. In fact, it’s encouraged. Because you are allowed to lock your hands around your opponent’s waist on top, you can simply lock up a gutwrench and roll your opponent several times in a row to end the match. You can win a bout by “technical fall” by getting 10 points ahead in the match, as opposed to the 15 points you need in folkstyle. Factor in things like no escape points, pushouts, defensive turns, and locked hands, and you can see how fast things can add up. Ultimately, training for freestyle can help wrestlers learn to chain wrestle better rack up points quickly.

You’re probably used to refs giving you a hard time whenever you throw or drop someone too hard. Don’t fret. Feet-to-back takedowns and “high amplitude” throws are actually rewarded in freestyle. No piledrivers though, those are still illegal. Takedowns, such as a clean blast double, that takes a wrestler from their feet directly to their back is awarded 4 points (2 takedown+2 near-fall). You can score an extra point (5 total) for “amplitude” if your opponent’s feet go over his or her head in a sweeping/arching fashion and they land in danger (with their back to the mat). You can get those same 5 points by lifting from the parterre position and performing a high amplitude throw, such as a suplex. Oh and, by the way, there’s no 2 second count for pins in freestyle either.

Suffice it to say – freestyle wrestling puts a much higher emphasis on moves that put your opponent on their back. This will put you at a huge advantage in folkstyle because most folkstyle-only wrestler don’t train throws and 5-point takedowns nearly as much as they should, and most are very uncomfortable in an over-under tie up.

Bottom line – anytime you train for a different style of wrestling, such as freestyle or greco, or even other disciplines like jiu jitsu or judo, it forces your mind to look at things in a new perspective. It will cause you to see each situation differently and get more creative with how you set up shots, defend takedowns, score points on top, and so on. As you pick up new techniques in other styles and disciplines, you’ll be able to bring those skills and concepts back and adapt them to become a more well-rounded wrestler overall, in any style. Now go practice some gut wrenches!