Life on the Pro Tour 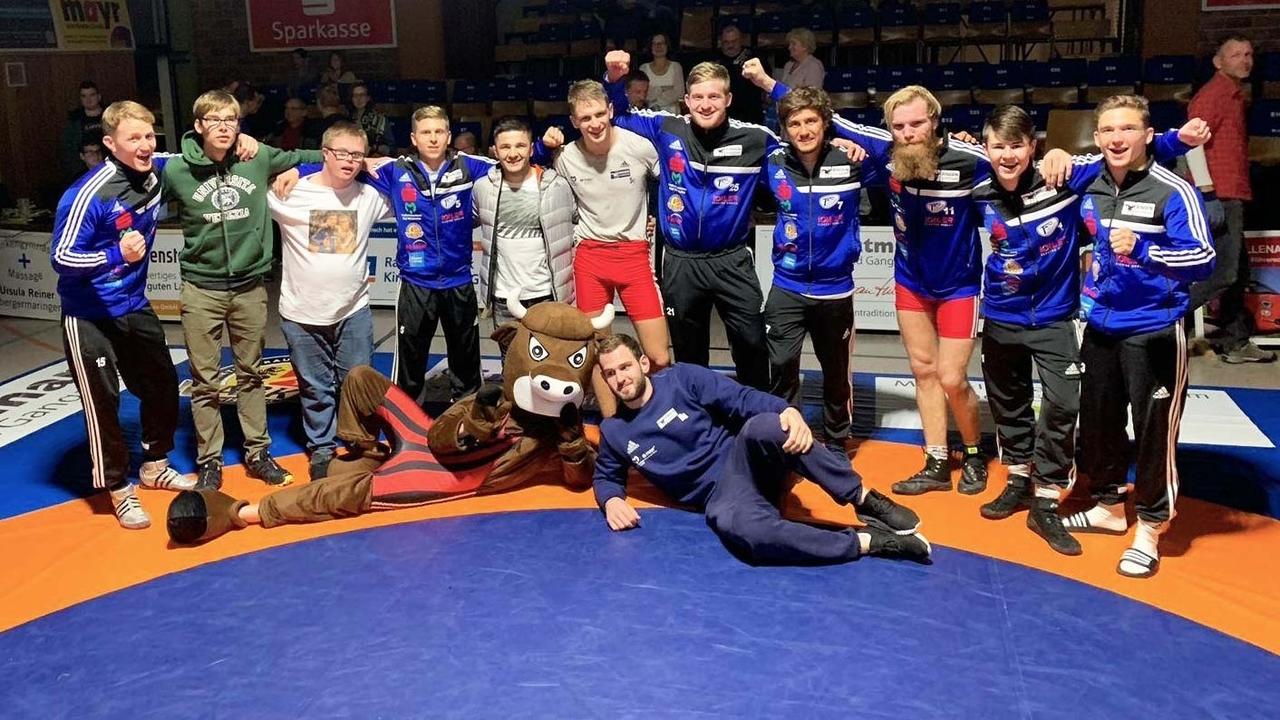 The story of my pro tour at one the most premier wrestling associations in the world.

To wrestle at the number one premier professional league in Germany sounds pretty cool right? To get paid on top of that for only wrestling once per week and do whatever you want in between? Sign me up! That’s what I thought when I signed the contract to spend the next three months living and training in Germany. Is it going to be worth it? Am I spending too much time overseas? Those were some of the questions I was asking myself before and even during the season.

Wrestling in Germany is what many foreigners sign up for. Although soccer is by far the most popular sport there, wrestling doesn’t trail far behind. There are a total of 6 wrestling divisions. Depending on the team and the budget they have, managers might be able to hire more foreigners and therefore win more matches. Every team is allowed to wrestle four out of their ten competitors from a different country. So even though I’m an American citizen, I could wrestle. The reason why I decided to be on a pro team in Germany was the fact that I promised my good friend Martin, who happened to be one of the sponsors of the team. I was debating whether or not to go, but since I had made a promise, I needed to do it.

The team I wrestled for was called Westendorf, after the name of the town it was at. My home for the next few months was a small village about 10 kilometers away. Both places are located in the south of Germany, more well known as Bavaria! I felt a warm welcome from the very beginning and everyone was really friendly. Our team wrestled a total of twelve scrimmages, half home games and half away. My conditioning was not prime going into the season but I gained momentum after a few weeks. Unfortunately, I lost my first two bouts which caused my sponsors and spectators to get a little skeptical about my presence there and doubt that I was worth the money they were spending on me. I wanted to wrestle well and win for the team, but dealing with the pressure of being a pro athlete and always needing to win was taking a toll on me. I wasn’t as particular about winning for myself, I just wanted to win because that was my “job” and I was getting paid to do a good job!

After my first two losses I felt that there was some tension building up so I really needed to get a victory and prove my worth to the team. It’s crazy as an athlete to feel the constant pressure of competition and the necessity of winning all the time. This was making the process very unpleasant, especially during the weeks after a loss. It was such an emotional experience. I never made it to the Olympics, but I can only imagine the stress and anxiety some athletes feel before competing on that level, especially considering that they have dedicated everything that they are worth, investing countless hours of preparation. If you’re winning, you’re on top of the world, but when you have a losing streak, it can get quite depressing. I completed the season with 6 wins and 5 loses, luckily winning my last bout and finishing on a good note. My team didn’t stand a chance to make the playoffs so I didn’t need to wrestle on the last dual meet.

Overall, I made the best out of my time in Germany. Luckily, I got to stay with Martin and besides occasionally buying some groceries or gas for the car, everything was taken care of. Food, room and even excursions around Germany and Austria. I felt really lucky to have that experience. Most foreigners who came and competed for teams in Germany would fly to Germany just for the weekend to do one match, then get on the plane back to their home country. The guys who actually spent the whole time there would simply be provided with a room and food, but nothing else. They didn't have the option to explore the countryside and their days consisted solely of practices and playing on their phones back in their rooms. They rarely had any good partners to train with and since they didn't speak German, they felt unfamiliar in public places. Like caged animals, they only had one job to do, which was to win. After talking with a few of them, I realized that they were only doing it for the money and couldn’t wait for the season to be over so they can go home. There were people from all over Europe, Cuba and even the USA.

As I mentioned, during my stay I was allowed a car and I was free to choose how I spent my days. There were scheduled practice but I wasn’t required to attend. I simply went when I felt like it or when I was in town. Most of the time a drive to Munich and hanging out there for a few days sounded much more appealing than sitting at home. Martin was also keeping me entertained with bike rides around the gorgeous Alps. During the mid-season break I was able to fly to Bali, Indonesia for 2 weeks to surf and relax. The team even covered my flight dues. I was very fortunate to be welcomed as one of the team and since some of the guys spoke English, I was able to communicate with them. Our fans were also top notch. Competing in a small village with a tight community that always filled up the stands during home matches felt amazing. We were celebrities. Imagine a place in the middle of nowhere surrounded by forests where wrestling happens to be one of the premier events. Most of the villagers were out there, watching and cheering every match. They were so rowdy! Most of them would even board the bus for the away duals and spend their time drinking and banging the drums for 10 hours straight. The end of the season party was also a big event for everyone. It was truly an amazing experience.

My main take away from my trip is the fact that wrestling is not going to define who I am. I simply wrestle because I enjoy the process. When it comes to wrestling, I know there are ups and downs. I celebrated my victories and tried not to dwell on my losses. One thing I noticed was that after a victory I would crave more victories and the desire would boil up very quickly. It can get pretty intoxicating. On the other end of the spectrum, after a lost I would often question pretty much everything in my life, down to the very base of my existence. Wrestling for a team is very different than competing for yourself. I just didn't want to let the other guys down. It can be such an emotional roller coaster but you must remain in control. I learned that I need to be able to take a loss, learn from it, and get back on the attack. I often had to remind myself that I simply do it for the fact that I love it and I enjoy the process. In a weird way, I appreciate the struggle that comes with the sport. Wrestling for me is one of the hardest things that I have ever done. At the highest level, there are no easy matches and you have to be on top of your game at all times. I can spend all day describing how hard wrestling is, but the key concept I took from my trip is that wrestling is not me, and it never will be. Wrestling will help to build a character of hard work, struggle and determination but it will never define who I am.