How gymnastics and calisthenics helped shape my wrestling abilities 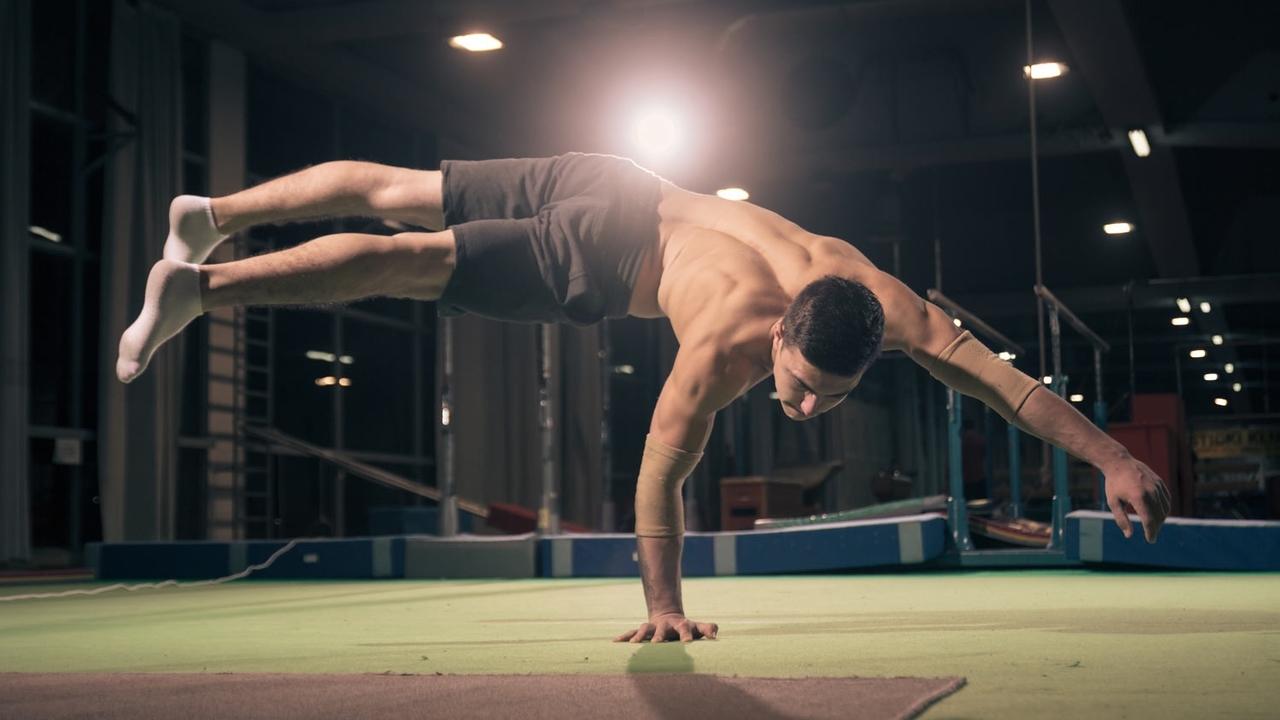 Although I did not take gymnastics growing up, I wish I had. However, for every warm-up we did before practice began, I was always doing some form of tumbling incorporated into the warm-up. Why is it that we see some teams doing front rolls, back rolls, cartwheels, and even advanced moves like round-offs, handstands, and flips to warm-up?

Wrestling is a very demanding sport physically. You don’t just need to be strong and have great stamina, but you need to be strong in all positions. I think of it akin to a goalie in hockey. You see goalies on skates doing the splits and trying to block a puck coming at them 100mph while opposing players are in the way and shoving them around. Like hockey goalies, wrestlers need to be strong while being in very flexible positions, and in order to do that, just lifting weights isn’t enough.

Even activities such as hot yoga and various other types of yoga are very good for wrestling because it requires you to hold certain positions while being unbalanced. I always preach to incorporate a variety of different activities into wrestling such as yoga, gymnastics, etc.

Even the great football players are known to take ballet lessons in order to help their footwork and balance. I think ballet is also a great activity to incorporate into wrestling because you have to maintain balance and footwork to get those tricky out-of-bounds takedowns.

Going back to gymnastics, though, how are all those flips and various other tumbling exercises helpful? Well, in order to pull off those moves you need confidence, position, focus, and strength. You also have to be very powerful to get those moves started. Think about how wrestling is evolving today, and how scrambling is so important. We saw wrestlers like Ben Askren and Mark Perry in college really develop the style of funk and make it so popular.

Going internationally, you see wrestlers from lightweights to heavyweights hitting cartwheels in matches, jumping over people, getting takedowns while on one leg, etc. It’s vitally important if you want to be great at wrestling to develop your kinesthetic awareness while in awkward and uncomfortable positions.

So, what must you do to be able to develop these skills? It all starts with basic movements and controlling your body. Your body and joints have proprioceptors which help them to determine where you are in space. These proprioceptors are able to adapt to different positions to help you stay upright. Physical therapists depend on and train the proprioceptors in their client’s joints in order to rehabilitate them back to normal.

To train these in yourself, you must put your body in a position where it is not natural. This could be as simple as standing on one leg. Then, when that gets easy, close your eyes. This will rely on your body’s natural perception to stay upright, rather than your eyesight to correct balance. Sometimes when we wrestle, it goes so fast, or we may even black out for a second, we have to rely on our bodies to know where they are and how to correct itself.

There are also great things like Bosu Balls or Balance Boardsthat can help with balance and proprioceptive awareness. You can even do things like squats and lunges while being off balance to develop these proprioceptors further.

Going back to basic gymnastics, start with front rolls and back rolls. I would also suggest trying to make your core stronger first by doing planks, pull-ups, push-ups, squats, etc. Gymnastics relies heavily on maneuvering one’s own body. And I would even argue that gymnasts are stronger than most bodybuilders because they have so much strength in different positions. Whereas one who just deadlifts all day is essentially only strong at lifting heavy things off the ground. This is how people who may not look that strong can have unbelievable strength.

Especially in wrestling, you may notice that smaller wrestlers are able to handle bigger guys with no experience when rolling around because they are so keen at understanding how the body moves in space. Look at the best college wrestlers in the recent past, like a David Taylor or Kyle Dake, and notice how flexible and strong they are in all positions.

Going back to acquiring these skills. Once you have developed a strong core and a good base. Start practicing footwork and movement. We’ve uploaded some great footwork videos and have written about it, so we won’t touch on that now. But for the movement, start by moving around in your stance. Get a mirror so you can just shadow wrestle. John Smith said this was what made him one of the best wrestlers in the world. He would stay in his stance for long periods of time and just move and move and watch himself like he was his own opponent. This will really make you fast and efficient at timing. Too many wrestlers now stand flat footed and don’t move. If you can move well, you can really get opponents off balance.

Next is the ability to be strong in varying positions. First, you must know how to tumble and get in these positions, so you can beat your opponent by putting them where they are not comfortable. Practice things like the rolls, walking on your hands (you can start by doing handstands against the wall), and progress to cartwheels and flips. You can start out by watching basic parkour videos, as this is similar to wrestling and gymnastics in a way and helps to progress you if you need help.

When doing flips, you can practice in the pool or in the sand/grassy areas. Make sure there is someone there to spot you. Eventually, you will need the courage to go for it on your own. But always make sure you are in a safe environment and have progressed enough where you feel comfortable enough to try these moves on your own. These are great to practice in the off-season because you don’t want to get hurt trying new moves during the season when you have important matches every week.

So, there you have it. I hope you gained some insight on the importance of various activities such as gymnastics, calisthenics, yoga, ballet, etc. Many wrestlers around the world are incorporating these activities into their wrestling to develop kinesthetic awareness and help them with the ability to scramble better and get their opponents out of position. After all, wrestling is all about putting your opponents in danger by getting them off balance. Other sports, such as judo, can also play a pivotal role in understanding different movements and getting opponents off balance. The more you incorporate other activities into your wrestling, the better wrestler you will become.