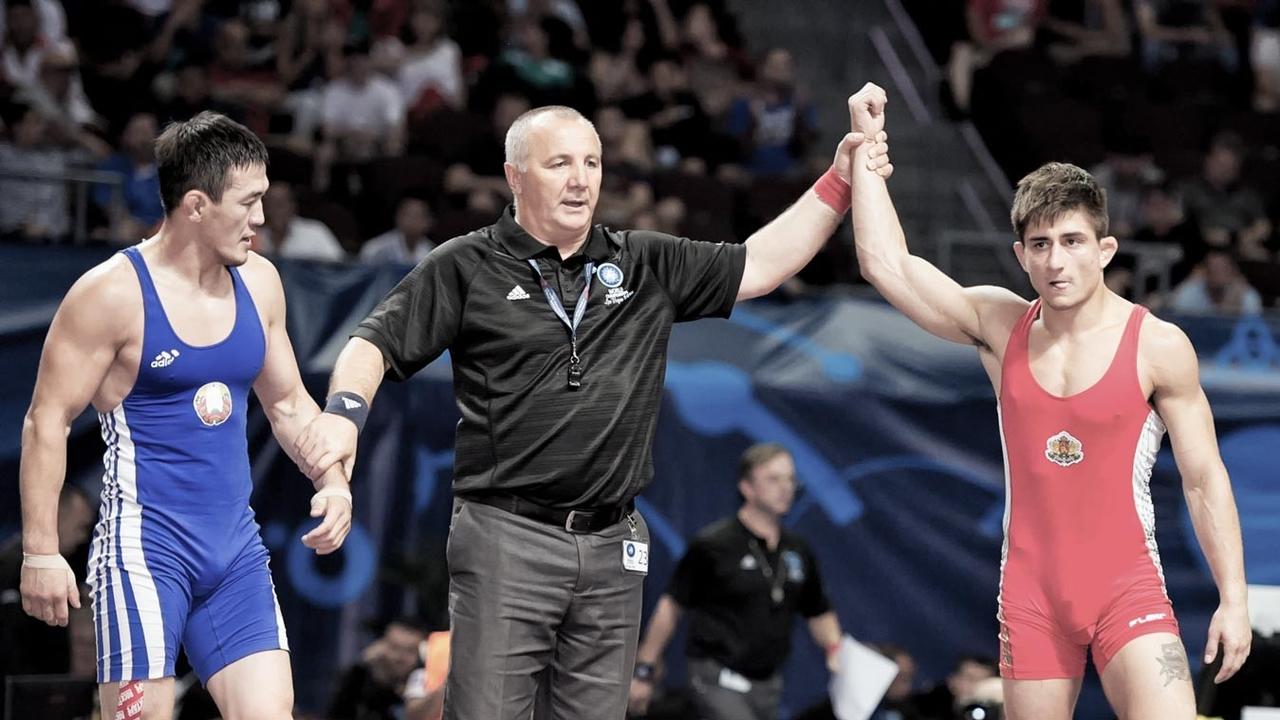 I grew up in a small town in Bulgaria called Radnevo, also known as home of the Bulgarian folk wrestling legend Krilat Dimo. Every year, the town hosts a traditional grass-wrestling tournament in his honor, where the winners were given cash prizes, and the heavyweight champion received a ram. Wrestling is popular around my home town, as well as the whole country of Bulgaria. Bulgaria used to be a wrestling powerhouse in the 1980s and 90s and has continued to produce World and Olympic champions throughout the years. It's funny how I didn't know any of this when I started wrestling, but now I can see how I was destined to become a wrestler at some point in my life.

I started wrestling when I was nine years old. I was a competitive little kid and always liked to fight and establish dominance, so I fit right in. One of my buddies that joined the local club recruited me by showing me his shiny new shoes he got when he signed up. My main belief was that if I could beat you in a fight, I could probably beat you in a wrestling match. I was able to stand my ground the first few days, fell in love with the sport, and was dominating the wrestling room within a month. I also started to stand my ground against my older brother at home. He learned quick and traded his folk dancing shoes for a pair of wrestling shoes.

Then, things got competitive. Wrestling matches turned into fights with my brother. There was a lot of biting, screaming, and crying. He did most of the biting and I did most of the crying. His growth spurt later on gave him a huge advantage, so he started beating me up all the time. In hindsight, I guess that made me tougher in the long run, but I hated every minute of it at the time.

Although my parents hated it, our coaches loved how competitive we were. All we wanted to do was fight and compete against each other. Apparently it was all worth it, as we started winning nationals year after year. However, there was a short period of time when I quit wrestling because it was cutting into my play time. I wanted to be outside running around, flipping off cars and trees all day. I remember my coach laughing at me when I told him I quit, because he knew I would come back in a week.

Eventually, we got recruited by the regional sports Academy where we spent a few years training before we moved to California in the United States. In high school, we won a few state titles, and earned scholarships to Cal Poly. I ended up becoming a 3x All-American and NCAA runner-up, as well as graduating college (to make my mom happy).

After a long five years of the college grind, I wasn't sure if I wanted to keep wrestling. I felt burnt out from training twice a day, while having to worry about passing biomechanics and cutting fifteen pounds for the weekend dual all at the same time. On top of that, I wasn't living the right lifestyle year-round.

Despite the grind, I chose to continue wrestling after college because I didn't know what else I wanted to do with my life. I knew I wasn't ready to give up wrestling just yet, but I had no drive to compete anymore.
The first year was hard. I wasn't winning as much as I wanted to. I thought I was doing all the right things, I had great training partners and coaches, but there was something missing. Luckily, I met seven time world and Olympic champion, and president of the Bulgarian Wrestling Federation, Valentin Jordanov, at a wrestling event in Chicago. We talked a little bit about competing for Bulgaria. Next thing I know, I was on a plane headed there for a two month training camp and an international tournament. Those two months changed everything. I loved their lifestyle and way of training. I understood what I had to do and what changes needed to be made. I finally got my drive back and got passionate about wrestling and taking care of my body. Jordanov’s high expectations were a push as well.

During my first Olympic cycle (2012-2016) I earned a bronze medal at the 2014 European Championships, won a few international tournaments, placed eighth at the 2016 Olympic games, and had wins over multiple world and Olympic champions.

Now, I can look forward to the next cycle leading up to the 2020 Olympics in Tokyo, Japan (where my goal is to take home the gold!). I’ll have smarter and more focused training partners and programs. Instead of just wrestling and training, I’ll come up with strategic training techniques and diets to ensure victory wherever I go. And the best part is, I want to share it all with you. From my training, to my diet, to my daily schedule, I want to share what it takes to be the best in the world. Follow us on our website at bulgarianmuscle.com to find out more.