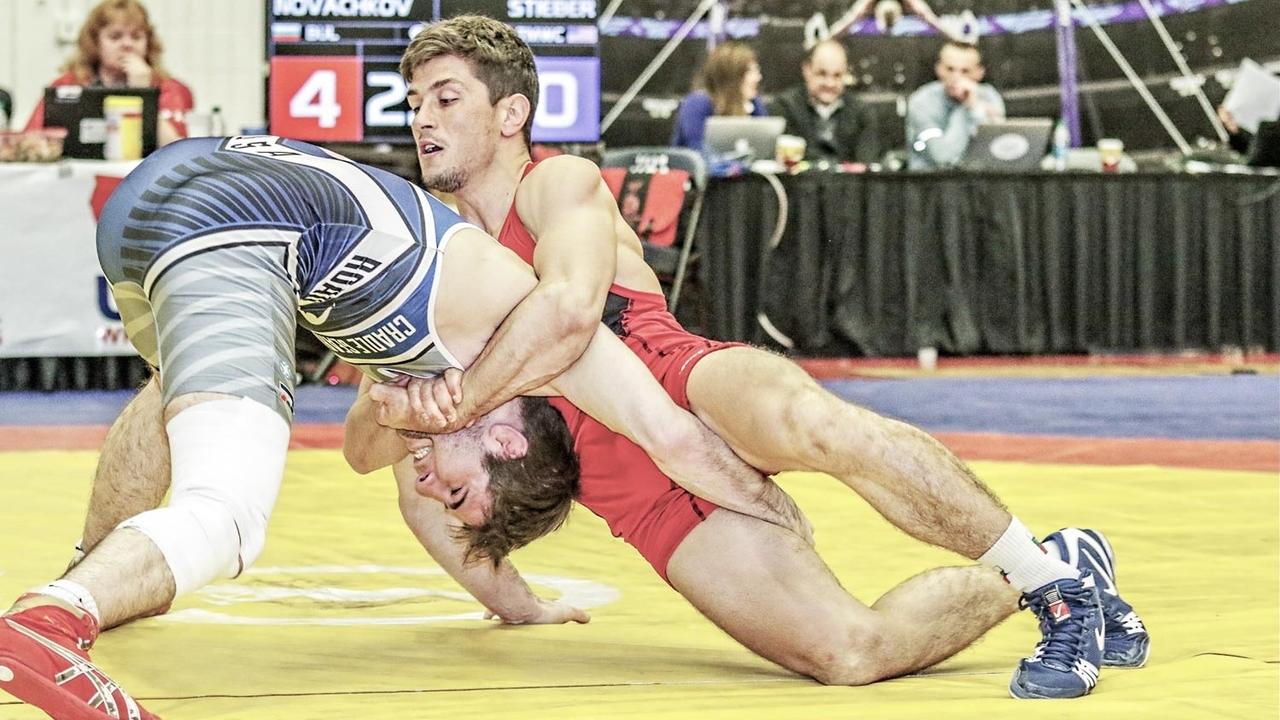 I grew up in small town called Radnevo in the middle of Bulgaria. Further research says that’s the same region where Sparta first originated. Maybe that’s the reason why we were walking around with six packs at the age of 4.

Anyway, I remember my brother and I would play around all day. Sun up until sundown. Many times we would skip meals since it would take too long to go home and eat. Our parents just got used to it. When we did get hungry, oftentimes a couple of miles from home, we would just collect some paper or metal and sell it to the local shops so we could indulge at the best diners in town. People there would just be shocked to see a couple of 10 year olds feasting like kings.

Not aware of it at the time, we did many gymnastic related exercises. We used to play on the monkey bars at one of the nearby schools every day, as well as soccer and tag and hide-and-go-seek, nonstop. At sundown, my dad would go out on the terrace and make this unique whistling sound that he formulated just for us. No matter how far from home we were, we knew it was time to go home. That was well before we got introduced to wrestling.

I was on the Folk dance team in town, and when my brother asked to join, I told him that was my thing and he should go and try something else. I was the typical mean older brother, but everything happened for a reason. My brother started attending wrestling practices because one of his classmates told him that they give out a free pair of shoes if you sign up for the team. Without my parents knowing, he was going to practices for about a month. Maybe it was a goal for him to get tough enough so that he could finally get his revenge on me, or maybe he was just really into it. Either way, he stuck with it. After watching him win his first competition using the head and arm throw, I was hooked! I traded my Folk Dance uniform (google it) for a singlet the very next year. That was when wrestling became a lifestyle for us.

In 2003, at the age of 15, my family and I moved to the United States. It must have been a crazy rollercoaster ride for my parents, selling our home in order to pay for the visas and plane tickets, but for us it was fun. My brother and I fit right in with the wrestling team at Fremont High School in Sunnyvale, and after winning several state titles between the two of us, we got full ride scholarships to Cal Poly.

While at Cal Poly, I became a 2x NCAA qualifier and became ranked among the top 10 in the country in consecutive seasons. I beat many All-Americans and even had wins over #1 ranked guys in the country.

After graduating from college, I was hired as a Quality Engineer at an Aerospace company in the San Francisco Bay Area, which my mom thought was the “bees knees”. However, after a couple years on the grind, I was determined that there was more to life than a 9 to 5 job. The pay was great but I wanted to do something I was passionate about. So, my friends and I decided to open a martial arts gym in San Jose, and I quit my job one year after opening.

Becoming a gym owner changed my life for the better and I’m very fortunate and thankful for the opportunity to pass on my wrestling techniques to kids and adults, while also being able to accelerate my personal growth and training. I started helping my brother in his preparation to compete at the 2016 Olympics in Rio de Janeiro, Brasil.

Then, about a month before the Olympics, I met with one of my old college teammates and friend Joel Shaw, to discuss a new project with him. We decided to buy a domain (for a website) that day and create Bulgarian Muscle. A month later, joined by another Cal Poly teammate (Jake Tanenbaum), we were all flying to Brazil to watch my brother compete. Joel and I discussed the project with Jake and he seemed very interested. He just happened to quit his job at Apple and become a gym owner as well. As a kinesiology major in college and a fitness technologist at Apple (working on the Apple Watch), he was the perfect addition for the Bulgarian Muscle team.

Our team goal is to provide the number one training regimen for wrestlers worldwide. From exercises, diet, and mindset, we will create the ultimate guide to a wrestler’s lifestyle through taking the European approach of training combined with the American way of life. Check us out at bulgarianmuscle.com and see how you can unlock your true potential today!